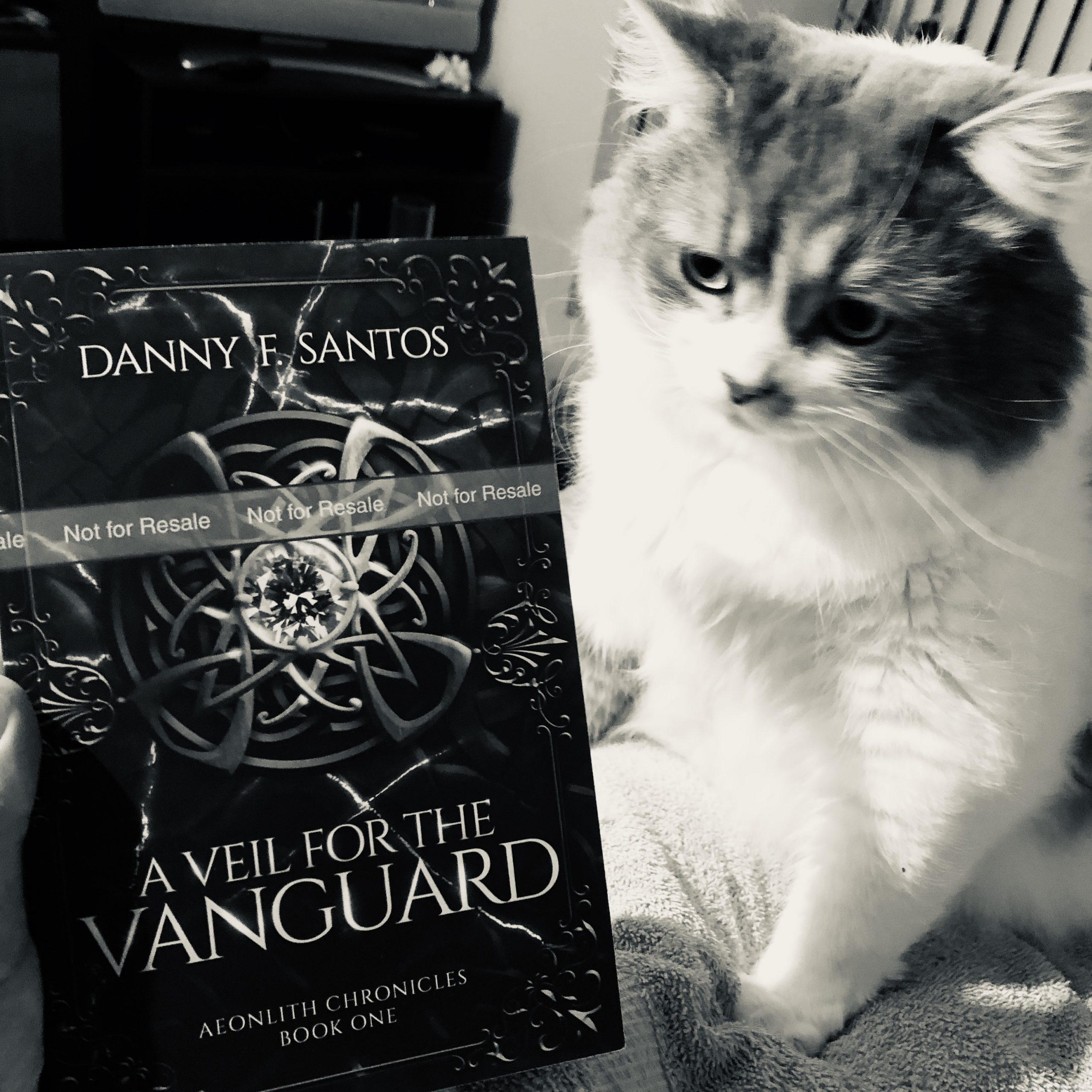 Aeonlith Books 2 and 3 Updates and More!

Before anything, I want to make sure you know about the Goodreads contest I’m running! I’m giving away five free signed advanced copies of A Veil for the Vanguard! Click here to enter the contest!

Plugging away at the next two instalments of the Aeonlith Chronicles. Both the second draft of An Abyss for the Ashes (book 2) and A Tempest for the Tyrants (book 3) are coming along nicely.

Since I typically underwrite the first draft, Ashes has been getting longer and it has officially crossed the 100,000 word mark. I suspect I’ll add another 10,000 words before all is said and done. For reference, A Veil for the Vanguard is 81,501 words long including the appendix.

Next week, I’ll finish the second draft of my in-universe short story A Dagger in Valtan City and send it off to my editor. With that, I’ll start sending pages of An Abyss for the Ashes as well who will probably start chopping down the words I added.

I’ve mentioned this before, but I’m currently also planning a science-fiction series as well. Some work has been done on it and I have a working outline for about six novels. Obviously, I’m keeping the story close to my chest right now but I am announcing that it will be a space opera which is a genre that’s really close to my heart. I’ll be keeping everyone up to date on this series from time to time but the Aeonlith Chronicles is still my priority right now.

Here’s the numbers for this week:

I just made progress on An Abyss for the Ashes! So far I’m 19% complete on the Second Draft phase.

An Abyss for the Ashes
Phase:Second Draft
18.6%

I just made progress on A Tempest for the Tyrants! So far I’m 28% complete on the First Draft phase. 0 Days remain until the deadline.

A Tempest for the Tyrants
Phase:First Draft
28.2%