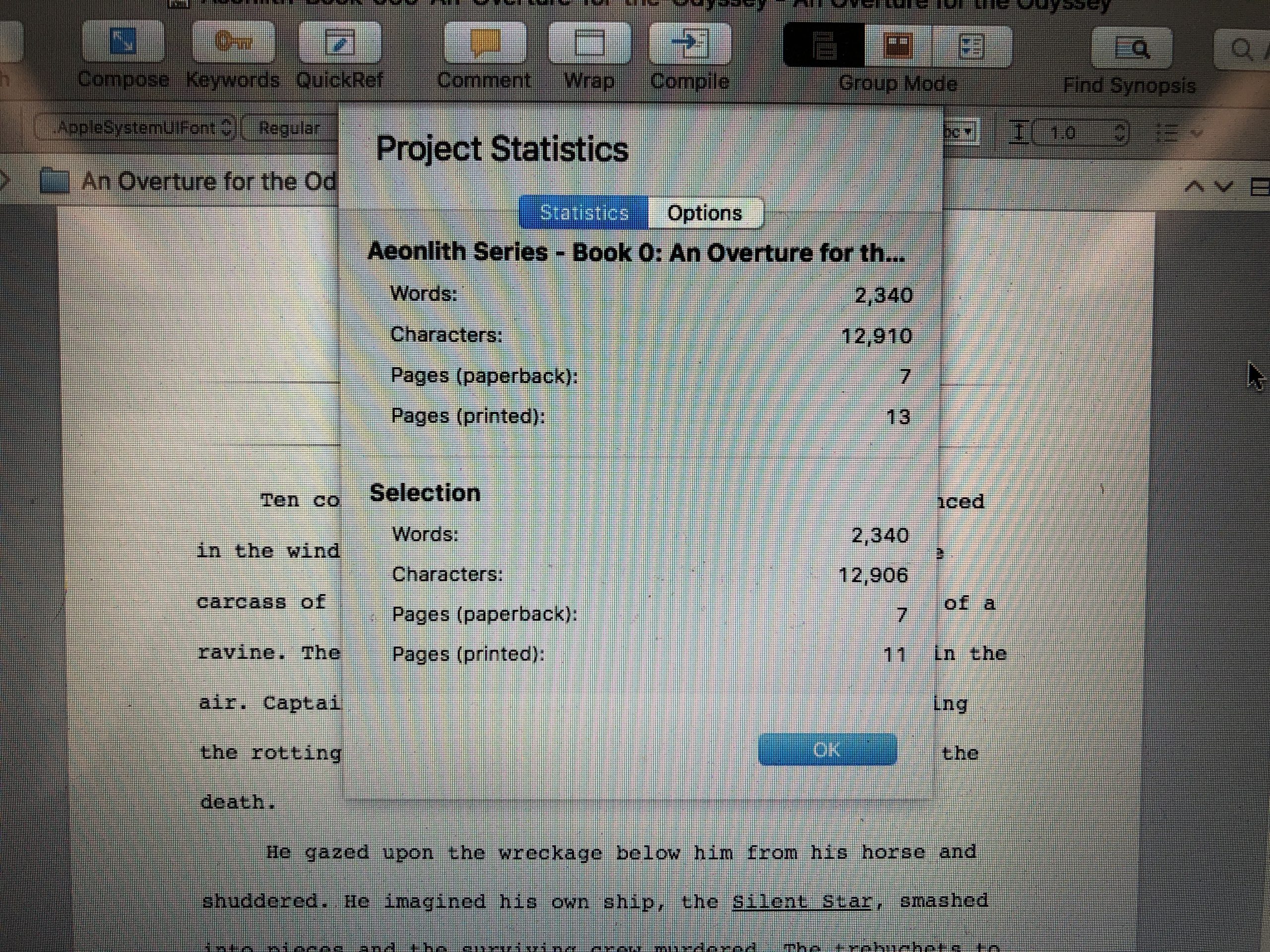 Now that A Veil for the Vanguard has been released, I can look to the future… and the past!

I announced this (subtly) last week but an Aeonlith Chronicles prequel is now in the works called An Overture for the Odyssey. For those of you who may be worried this will delay launching book two, An Abyss for the Ashes, don’t worry it won’t have any effect. I noticed I had a good month free to write which I could slip the prequel into while my editor and I hammer out the Abyss.

I’m going to try and finish the first draft of Overture by the end of March. I’m estimating it will be about 30,000 words which will make it a tight story that takes place just before A Veil for the Vanguard… think what Rogue One is to Star Wars: A New Hope.

I’ve written several short stories which take place a few year to a few decades before Veil but I really wanted something that acts like a direct prelude. Most of my short stories are designed to fill in some context while this will show what life was like on the Silent Star before Kera showed up. I will say that hammering this story down was a bit of a pain but once I broke it, I’ve been excited to write it.

I’m also working on some other really cool things but can’t announce them just yet. A Veil for the Vanguard is only the beginning and I hope you enjoy the coming journey! Here’s this weeks numbers:

I just made progress on An Abyss for the Ashes! So far I’m 70% complete on the Editing phase.

An Abyss for the Ashes
Phase:Editing
69.7%

I just made progress on An Overture for the Odyssey! So far I’m 7.8% complete on the First Draft phase. 4 Weeks remain until the deadline.

An Overture for the Odyssey
Phase:First Draft
7.8%