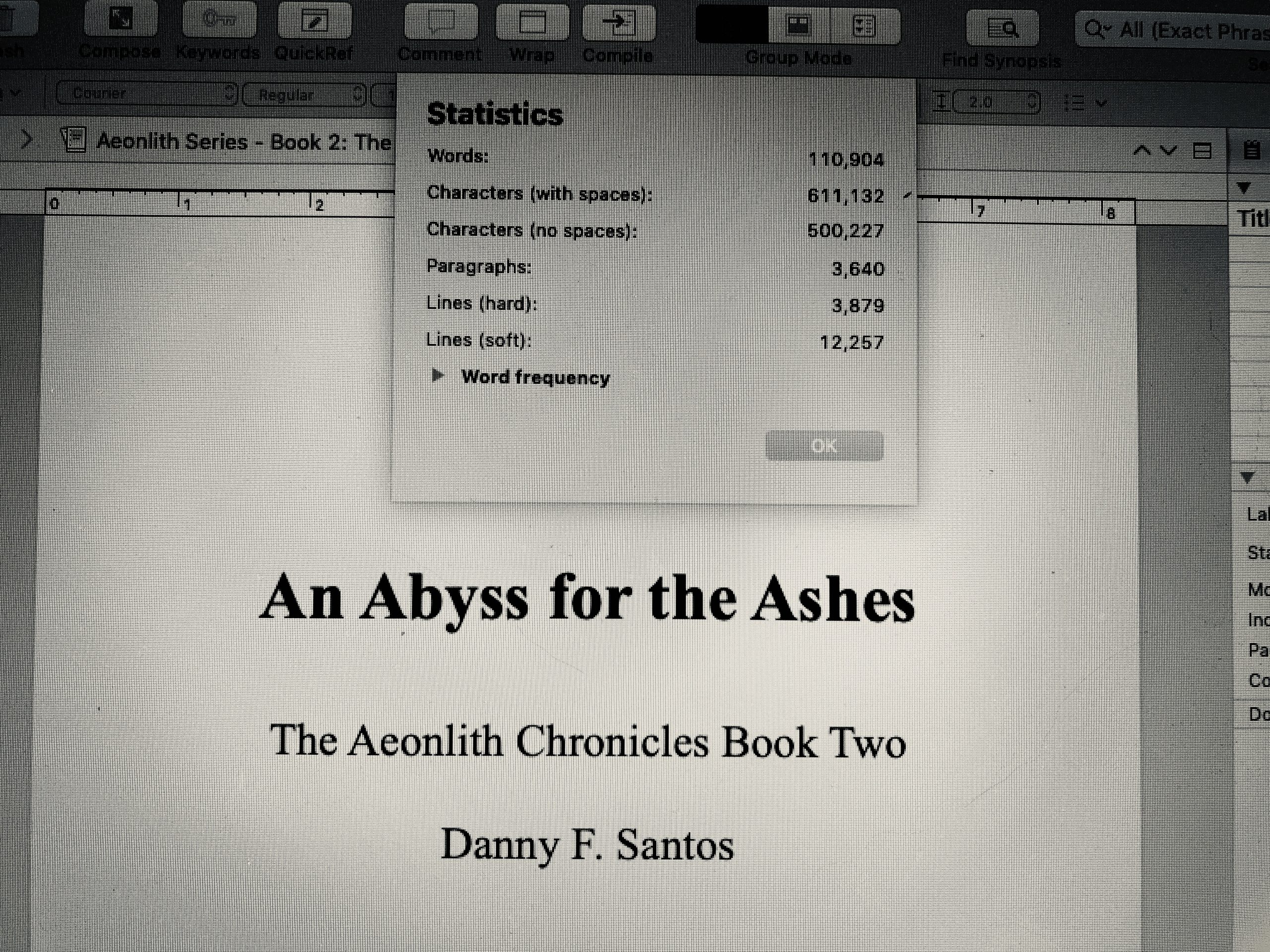 Completed An Abyss for the Ashes’ 2nd Draft!

I usually make my updates on Fridays but I forgot to do that last week! Whoops!

However, it allowed me to make this announcement today: I just finished the second draft of An Abyss for the Ashes! There’s still a lot of editing work ahead but work should get easier from here on out as it will be more about refining the story rather than fixing what I broke in the first draft. I should also point out I’m nearly 1/3rd through my editor’s edits so there’s actually a lot more complete for the second book of the Aeonlith Chronicles.

I typically underwrite my first drafts and add during subsequent drafts and edits… An Abyss for the Ashes was no different. The first draft was 99,883 words long and, when I completed it, I suspected the completed manuscript would be between 110,000 and 120,000 words. Currently, the second draft is sitting at 110,904 which is on the lower end of that estimation but within the ballpark. Still, I added a novelette worth of words to the thing and editing is still incomplete.

So what’s immediately next? Well, I’ll be spending the rest of tonight working on my editor’s edits and this week I’m going to finalize my marketing plans for A Veil for the Vanguard AND put in a ton of work for A Tempest for the Tyrants — The Aeonlith Chronicles Book III. I don’t know how far I’ll get into the third book but I’m hoping to take a huge bite out of it this week!

I just made progress on An Abyss for the Ashes! So far I’m 65% complete on the Editing phase.