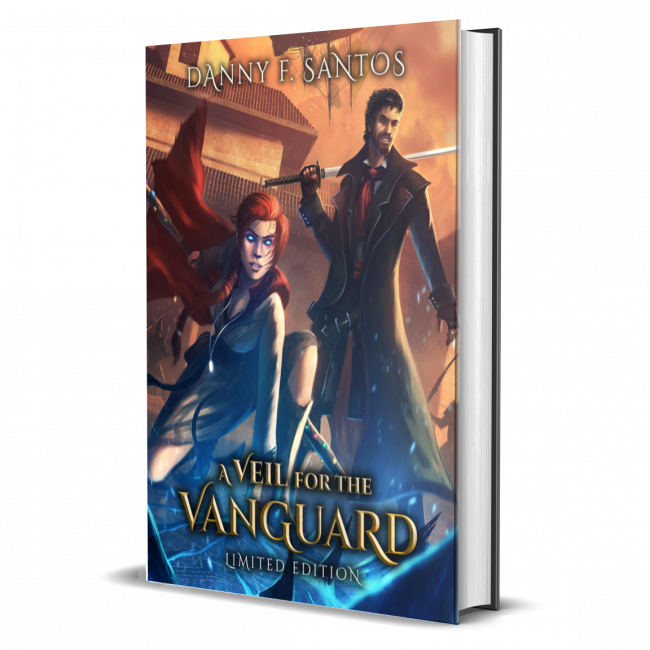 Get this limited edition hardcover of A Veil for the Vanguard! Not only does it feature the complete first novel of the Aeonlith Series but also the prequel novella and four short stories that have never been publicly released. Included:

Each book is signed and numbered by the author and only 100 copies will ever be made.